Using the Web site, you can send-self destructing messages to friends, colleagues, or anyone else you may be sending personal information to. The messages are only accessible through a unique URL, and as soon as the URL is viewed once, it is no longer valid.

The critical IE update affects versions 7, 8, and 9, and could allow an attacker to remotely run code on a user's PC using a "specially crafted Web page," according to Microsoft. As such, someone who exploited the hole could grab the same rights as the local user, of special concern if the user has administrative rights.

No matter what you may have heard, there is not a single operating system out there that’s impervious to viruses. Windows has statistically seen the most malware cases in the past, but that’s merely because hackers and malicious coders aim for the largest possible demographic. Now that Apple computers are becoming immensely popular and the Linux operating system is becoming more intuitive for beginners, it’s more important than ever to be proactive about virus protection and to know what to do when you do get a virus, no matter what OS you're working with. 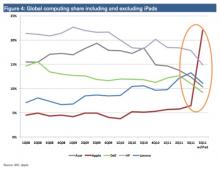